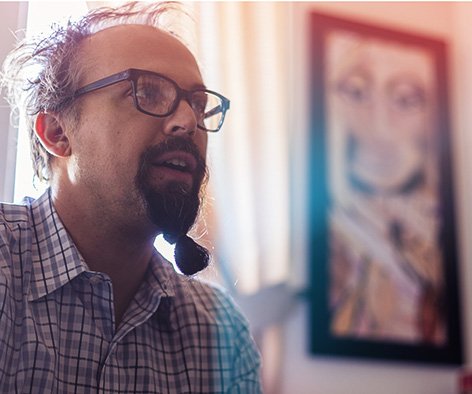 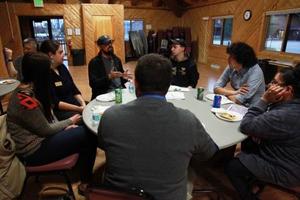 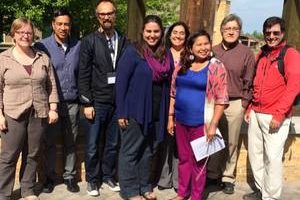 I am the George Willis Pack Professor of Environment and Sustainability and Affiliate Professor of Native American Studies and Philosophy at the University of Michigan, teaching in the SEAS environmental justice specialization.

I am Potawatomi and an enrolled member of the Citizen Potawatomi Nation. My research addresses environmental justice, focusing on moral and political issues concerning climate policy and Indigenous peoples, the ethics of cooperative relationships between Indigenous peoples and science organizations, and problems of Indigenous justice in public and academic discussions of food sovereignty, environmental justice, and the anthropocene.

I currently serve on the White House Environmental Justice Advisory Council, the Management Committee of the Michigan Environmental Justice Coalition, and the Board of Directors of the Pesticide Action Network North America. I have served as an author for the U.S. Global Change Research Program and the Intergovernmental Panel on Climate Change, including authorship on the 4th National Climate Assessment and the IPCC Working Group II Sixth Assessment. I am a former member of the Advisory Committee on Climate Change and Natural Resource Science in the U.S. Department of Interior and of two environmental justice work groups convened by past state governors of Michigan.

I am involved with a number organizations that advance Indigenous research and education methodologies, including the Climate and Traditional Knowledges Workgroup, the Sustainable Development Institute of the College of Menominee Nation, the American Indian Higher Education Consortium, the Affiliated Tribes of Northwest Indians, and Ngā Pae o te Māramatanga New Zealand’s Māori Centre of Research Excellence. I am a certificate holder of the Training Programme to Enhance the Conflict Prevention and Peacemaking Capacities of Indigenous Peoples’ Representatives, from the United Nations Institute of Training and Research.

I received the K. Patricia Cross Future Leaders Award from the Association of American Colleges and Universities in 2009, the Bunyan Bryant Award for Academic Excellence from Detroiters Working for Environmental Justice in 2015, the Don Ihde Distinguished Alumni Award from the Department of Philosophy at Stony Brook University in 2018, the Stony Brook University 40 under Forty Alumni Award, in 2019, MSU’s Distinguished Partnership Award for Community Engaged Research in 2020, and MSU’s Community Engagement Scholarship Award in 2020. I have been the Austin J. Fagothey Distinguished Visiting Professor at Santa Clara University, the Rudrick Distinguished Visiting Scholar at the University of Waterloo, and the Timnick Chair in the Humanities at Michigan State University. G